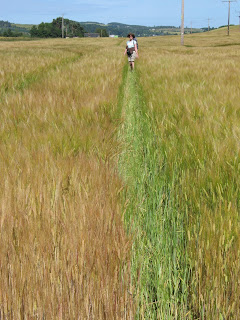 A delightful four-day walk over last weekend, joining up places I know with new ones, and making them into a continuous journey: to Tain. Lines carved through ripe barley fields; sunshine, skies of searing blue followed by cool, clamping haar; Hugh Miller’s fossil rich sandstone coast up the Black isle to Cromarty; cavorting dolphins gathering a hushed congregation on the beach, resembling churchless worshippers. 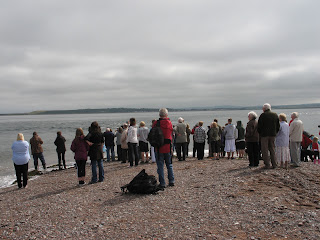 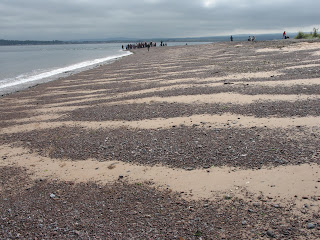 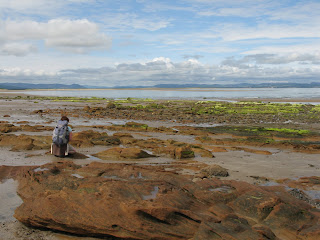 Walking with a friend who will soon start training as a Unitarian Minister, we chose the route because we liked the idea of Pilgrimage. Known as ‘The King’s Way’, this was a pilgrimage trodden many times by James IV to reach St Duthac’s shrine in Tain, but was only the northern section of a much older pilgrimage route which linked St Ninian’s shrine near Whithorn in Galloway, spanning a huge swathe of Scotland. 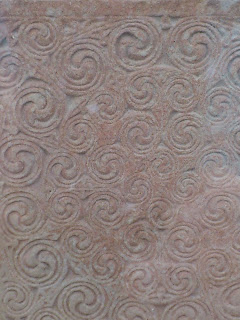 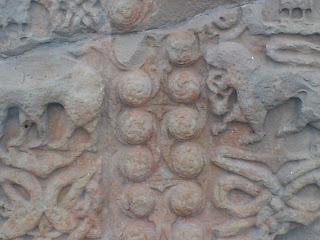 I came across this quote by Austrian philosopher, Martin Bruber, back in June: ‘All journeys have secret destinations of which the traveller is unaware.’ It rang true with me. How impossible it is to say what you will experience, what will reveal itself on the way. The Churches didn’t disappoint – in particular Fortrose Cathedral and the beautiful church at Nigg surrounded by its leaf-shaded, mossy graves. But it was the Pictish relics which really grabbed me on this trip, and remain somewhat mysterious. At Nigg, Shandwick and Hilton of Cadboll, gorgeously carved monuments have stood since the early centuries of the First Millennium, which as Stuart McHardy says in A New History of the Picts represent ‘one of the most under-appreciated collections of art in human history’. I hope the photos here speak for themselves. But I am hot-footing it to the National Museum of Scotland to see the Cadboll one which is on display there. They seem to me a wonderful fusion of pagan and Christian symbolism, and the lack of written records from this period maintain their enigma. 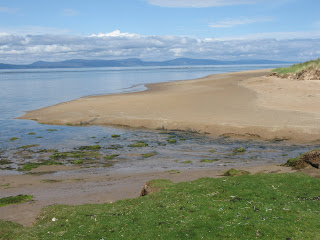 I love the opportunity to learn on a walk, and the surprises. So perhaps it was a pilgrimage of sorts, after all, even though we missed Saint Duthac's shrine (it closes at 5pm) and had to make do with a dazzling arrival at Tesco's for cold pepsi instead!

Posted by Linda Cracknell at 4:29 PM 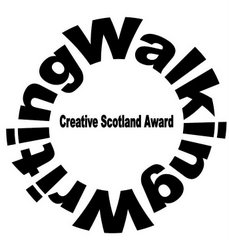